The 10 most instagrammed places in Barcelona 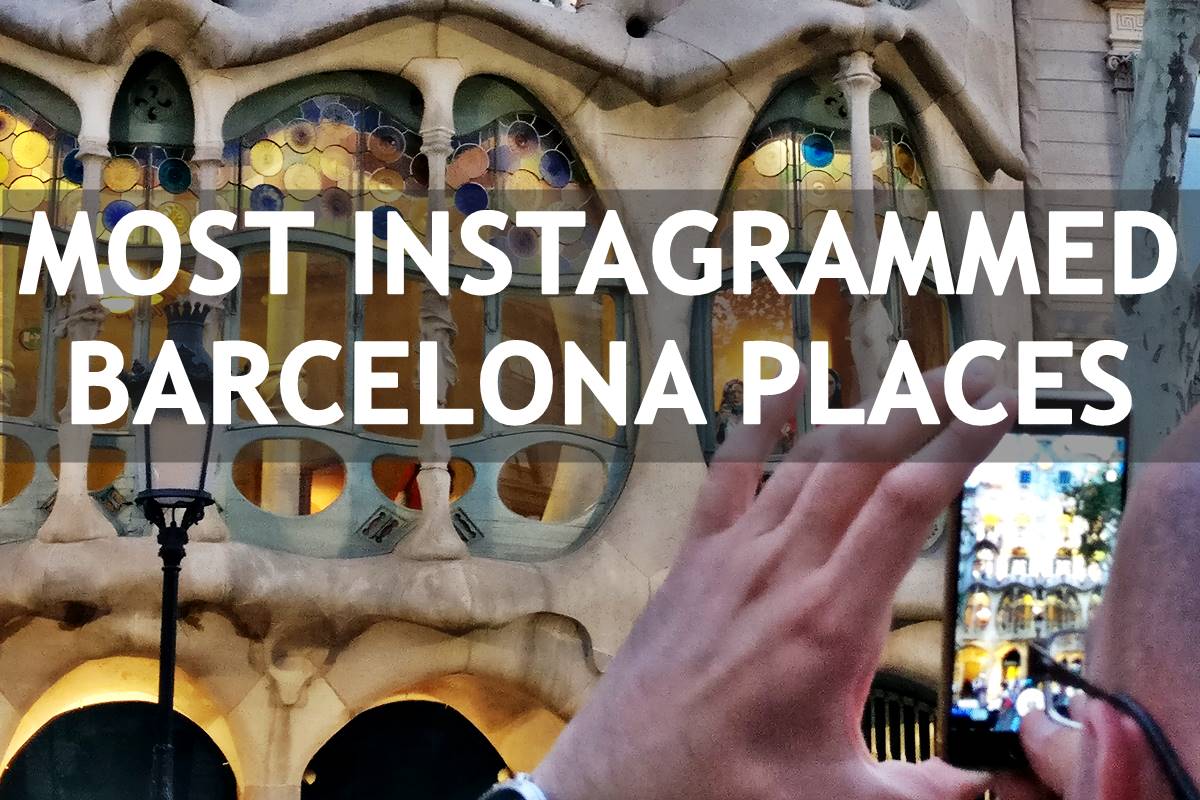 Visiting Barcelona and wondering where are the BEST places to Instagram your stay? Luckily we have an old Soviet supercomputer that gets amazing data, rings a bell?. We twisted a few cables and connections, run data, and after numerous beeps and blinks, we came up with a list of the 10 most concurred spots to document la crème-de-la-crème of the best Barcelona sightseeing spots as of today. Let’s give a look!

Apart from being Barcelona´s urban ¨green lung¨ it is a controversial area. It used to host a military citadel, which was demolished in 1869. The area was used for the Universal Exhibition in 1888 that left behind beautiful modernist buildings that are sights for picture nowadays.

Catalan cuisine is characterized by creativity and quality, and every great dish starts out as a shopping list at the place where quality and fresh products are found ~ a local food market. La Boqueria Market, opened in 1840, is one of the city´s flagships when it comes to local gastronomy.

One of the iconic Barcelona sightseeing buildings by Antoni Gaudi, part of the Golden Quarter, blends fantasy and eclecticism in the center of the city. Also known as La Pedrera, it resembles the moving sea and its seaweed in the form of iron balconies.

Located at the glamorous Passeig de Gracia, the multicolored glazed-ceramics and broken shards of stained glass, flowers, and water lilies change colors throughout sunny days, impressing anyone who passes by.

Satan told Jesus: Tibidabo (¨I will give you¨) as they looked down from an exceedingly high mountain which some historians say is Tibidabo. Stunning views of Barcelona city, if you write to us and offer us the kingdom, we might as well offer you a delicious tour in Barcelona.

The ¨Jewish Hill¨ from where locals disguise as tourists and enjoy stunning views from the Barcelona while enjoying the magical fountain concerts on Sundays. Behind the palace and up in the hill there is an old fortress that endures in the city as a symbol of repression and the Barcelona citizens´ struggles in different periods. A summer open-air cinema festival is organized with plenty of drinks!

Modernism praise nature and this park designed by Antoni Gaudi encapsulates the perfect reflection of the author that architecture should give the impression that it is an organic part of nature. Many Barcelona Instagram moments to capture.

Winding streets and unique character that celebrates life close to the sea, Barceloneta is an unmissable stop when visiting Barcelona. Its beach is thought to have inspired Miguel de Cervantes when writing Don Quixote, today it hosts a sculpture by Frank Gehry and a vibrant daily and nightly scene.

Football lovers pilgrimage place where the best football players of today and yesterday have played. Our Soviet computer revealed that most football fans who find a bar to watch a Barcelona football match, get to the stadium in advance to take their best shot.

The never-ending church under construction that started in 1882 is a world heritage site designed by Gaudi which receives 2.5 million visitors a year who already posted around 1 million Barcelona Instagrams. George Orwell called it “one of the hideous buildings in the world”.

Liked these suggestions to uncover the Barcelona´s most Instagrammed places? Why not sharing on social media!