Every person visiting Barcelona, and even the locals, strive to find the best foods that are actually cheap. We like it or not, most of us pay bills and need to be in control of our wallets. A typical dinner at famous restaurants in town can run on euro double-zeros and more, however, if you follow some of our tips below, you´ll be able to devour Barcelona best foods on a budget.
How we did it? We ate a lot of tapas, and match the quintessential bars with affordable prices to eat foods that are essential to Barcelona´s gastronomy. On this guide, you will find Barcelona foods you would be eating at a fancy Michelin-starred restaurant, without actually being there and paying a cheap price. Seriously! Let’s go and check!

EAT GOURMET TAPAS IN BARCELONA AT THE BOQUERIA MARKET

La Boqueria Market is probably the most visited market in the world. Many people might think that because of the large tourist influx that saturates its alleys each day, the quality of the products might not be the best. To some extent this can be true, though if you visit the market at its early hours, you´ll be amazed by the number of chefs, who run top-notch restaurants in Barcelona, purchasing raw products for their restaurants.

Tip, as in any other city market, go and observe, take your time and you´ll spot those genuine vendors who sell high-quality products at regular prices. There is a tiny stall named Bacallaneria Pujamar that sells cod, go there and eat one of the best Barcelona cod-fritters for around 3 euros, they are simply delicious. This vendor supplies most Michelin starred restaurants in town. 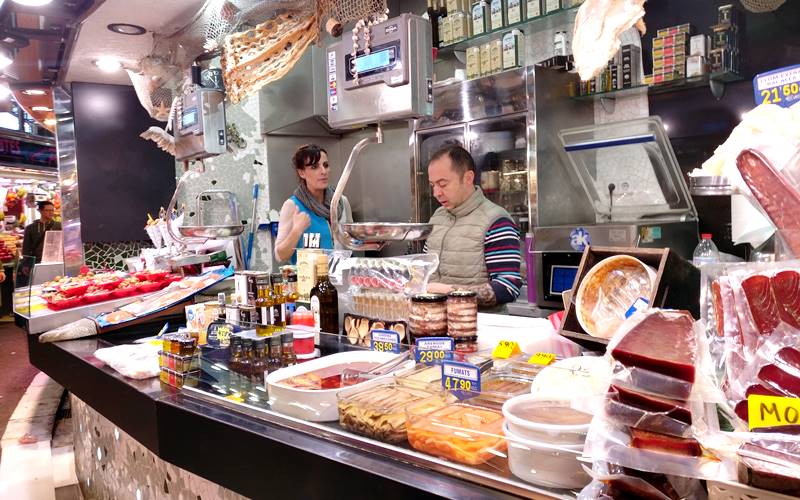 There are other food markets in Barcelona where you can also eat amazing foods, and that are way less crowded such as Mercat de Sant Antoni or Mercat L’Abaceria Central in Gracia.

Food lovers in Barcelona are pretty much inclined to check on those chefs who worked with world-famous chef Ferran Adria at El Bulli, simply because his restaurant produced an amazing army of top chefs who are distributed all over the world. There are plenty of restaurants in the city that are run by those chefs who were inspired by his molecular cuisine and that actually spent time working at El Bulli. Their restaurants serve amazing tapas for regular prices.

Some of them are La Pubilla or Tapas 24 where you will eat scrumptiously delicious tapas, representative of the Catalan gastronomy, for around 15 to 20 euros. That’s a really good price for eating foods from those close to the stars.

GO ON A CULINARY TOUR IN BARCELONA

Barcelona has so much culture to showcase and foods to eat, and while we might be a bit biased, we are convinced that one of the best ways to uncover the city´s life is through its foods, as they tend to connect individuals from different cultures easier. And after all, what could go wrong about discovering one of the world most beautiful cities through its amazing array of tapas and drinks.

You can go on a tapas tours in Barcelona touristic and less touristic neighborhoods. The iconic Gothic Quarter and Barceloneta districts are historic areas of Barcelona where you can eat traditional foods such as The Bombas. As well,  away from the tourist trail, the charming Sant Antoni and Poblesec Districts are by far the local’s favorite foodie districts. All establishments visited on these tours are family owned, which makes the gastronomic experience intimate and authentic. This is a really nice way to devour Barcelona on foot while eating at around 5 to 6 restaurants and tapas bars!. It is a great foodie plan in case you don’t have much time to spend in Barcelona. 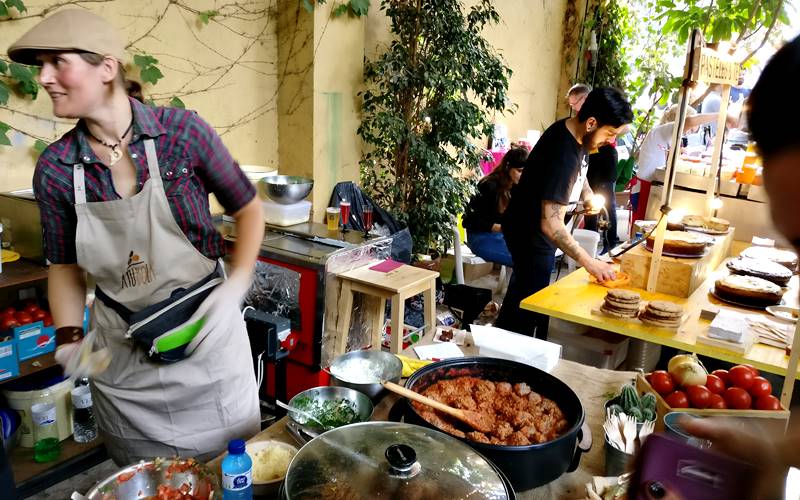 The culinary hidden gems in Barcelona are those places that are carefully guarded by the locals, the ones that one wants that fall into the arms of Marketing because soon enough they will be long queues that most probably will scare the business owners who will probably sell the place and live in peace.

Talk to locals once you are in Barcelona, ask around, that’s the best way to find hidden gems, whether you are looking for the best place to eat paella, genuine eateries in Barcelona, top local sandwiches, or beach restaurants, we have plenty of tips to give you. Also, it is worth checking out the events in the city as in many of them there will be food trucks serving gourmet food for less than 5 euros a dish!

VISIT A BODEGA FOR WINE AND TAPAS

This is probably the most underrated culinary activity that can unveil the best foods and drinks in Barcelona. The region surrounding Barcelona produces a few of the best wines in Spain. There are plenty of these establishments in the city, they are usually family owned; they serve barrel wine, a winery art on extinction, and while serving high end canned foods, others prepare tapas themselves. Here you can find some of the best bodegas in Barcelona. 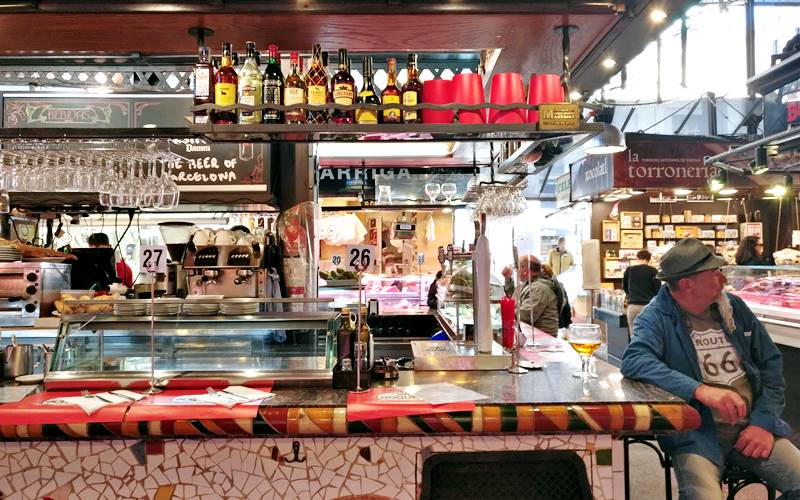 Hope you like this article and that give you an insight on how to eat delicious and authentic foods in Barcelona without actually burning your wallet. In case you need more advice, just get in touch with us!