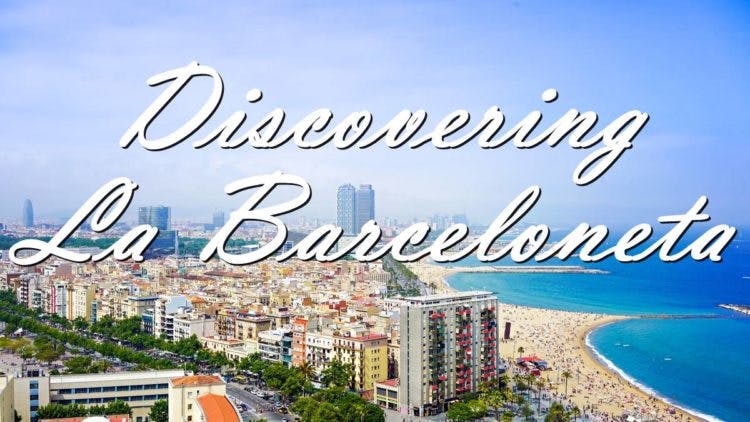 It’s hard to imagine Barcelona without a beach, especially when looking out over its 4.5km stretch of sandy beaches, but before the 1992 Olympics, Barcelona was beach-less.

Without 1992 Olympics, responsible for the city’s transformation, Barcelona, as we know it today, wouldn’t exist. National Geographic has awarded Barcelona as the “best beach city” and we can understand why! The Barceloneta beach neighborhood is one of the hottest places for visiting when in the Ciudad Condal. 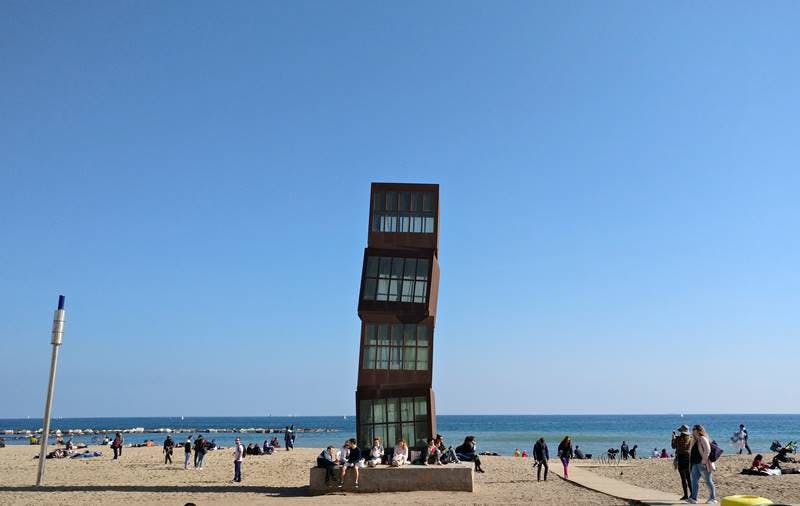 Fishermen were the first to frequent this part of Barcelona, and are at the roots of this area’s fisherman village past. The neighborhood was built during the 18th century for residents of the Ribera neighborhood who were displaced during the construction of the Citadel.

Barceloneta is essentially a fisherman’s village inside the city limits, home to tapas and seafood restaurants galore, and Barceloneta beach is one of Barcelona’s oldest and most-loved beaches thanks to its buzzing atmosphere.

Culinary gems such as Bravo 24, which considers itself “updated Barcelonan cuisine” with star chef Carles Abellán cooking up fresh, local ingredients, it’s a true culinary experience. The menu was designed with food historians from the city to highlight Barcelona’s rich culinary past.

Then there’s Kaiku, seasonal Mediterranean cuisine with a sea view terrace, specializing in seafood. This restaurant is really a gem in the middle of one of the most transited and touristic areas of Barcelona. 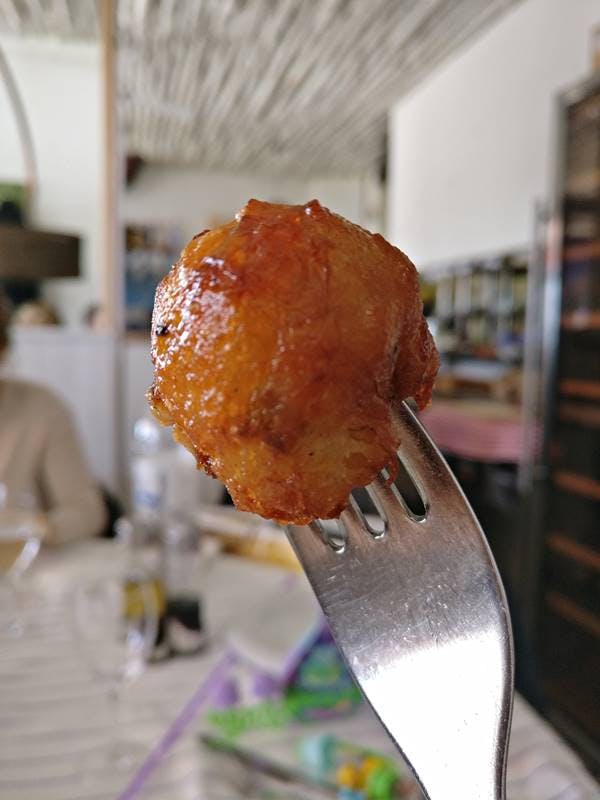 Whether swimming, hover board, jet skiing, boat trips or parasailing is your thing, Barceloneta is the top place in Barcelona for water sports.  Want to swim but not in the sea? Club Natació Barcelona, located in Barceloneta has a swimming pool overlooking the beach!

What on earth is hoverboarding? The hover board is powered by jet streams to propel you up above the water for a wild journey hovering above the sea.

Fancy a boat trip? Sail along Barcelona’s magnificent coastline from the Olympic Port to the World Trade Center jumping off the boat for a swim. 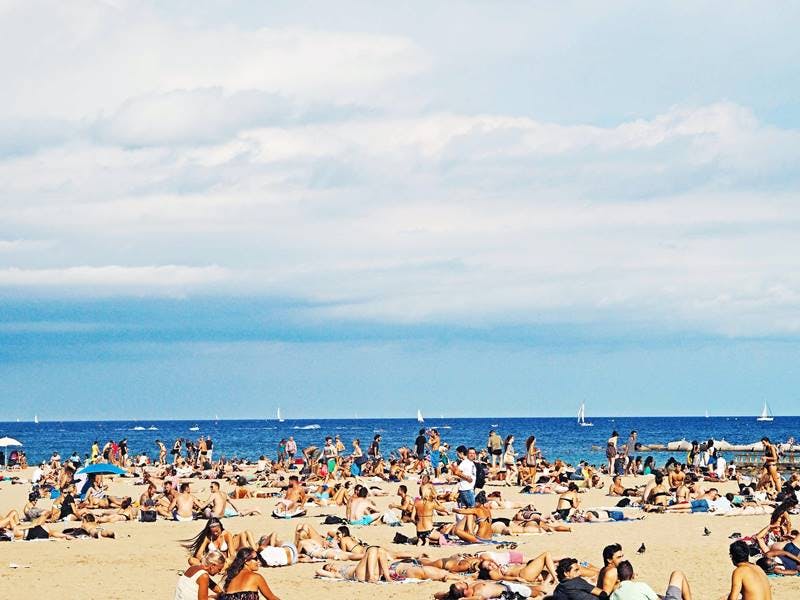 The Estrella Herida (Wounded Star) is a quintessential structure in the Barceloneta neighborhood, built for the 1992 Olympics by a German artist, Rebecca Horn. Among different interpretations of this contemporary work of art, is the idea that it pays homage to the beach bars of the Barceloneta that were displaced during the construction of the coastline or that it represents the small apartments that were built in the neighborhood during the first part of the 20th century. Nevertheless, the Estrella Herida represents Barceloneta and is one of the iconic structures of the neighborhood.

La Fraternitat (The Fraternity), nowadays hosting the Barceloneta Library, was once workers´ cooperative. The building represents the ¨modernism¨ arts movements inspired by the works of Antoni Gaudi. In particular, the architect who built it, Francesc Guàrdia i Vial, followed the model of the Viennese architect Otto Wager and his school, the Wagnerschule. On the main balcony, there is a sculptural ensemble: two female figures stretched around a central shield, in which two intertwined hands are distinguished, a symbol of fraternity.

The Torre de Les Aigues (Water Tower) in the Barceloneta was created by Catalan architect Josep Demènech i Estapà in the early 1900s and is another symbolic monument in the neighborhood. It’s a modernist tower that can be found in the Barceloneta Park in front of the Hospital del Mar. Definitely worth a visit as you stroll along the coastline! 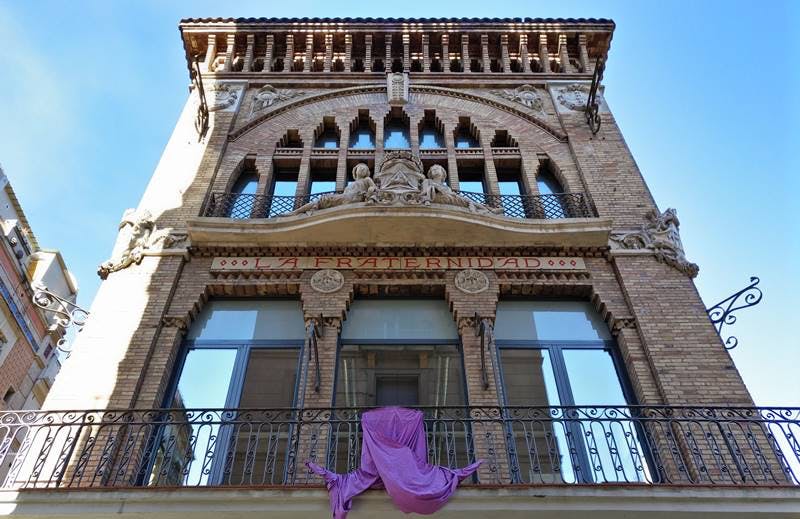 Liked these suggestions for discovering the Barceloneta beach? Just for you to know, there is more! You can join us for our Brews tasting experience or the Old taverns, tapas and memoriestours which happen at La Barceloneta where we uncover other gems and pair delicious tapas with craft beer.

Voted as one of the best walking tours in Barcelona, Barcelona Eat Local offers culinary walks in iconic districts of the City of Counts, where we partner with local restaurateurs who offer the best of local gastronomy. Besides our tour at La Barceloneta, we run another food experience at Sant Antoni and El Poblesec districts.

Author: Jessica Freedman is a travel blogger, instagrammer and devoted foodie who dedicates her time to find the best foods while traveling. You can follow her adventures at Fanatical Foodies.