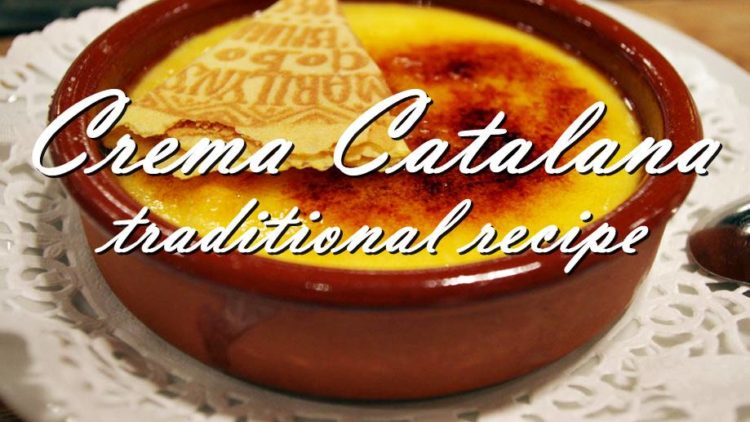 The quintessential Catalan dessert of all times: Crema Catalana or crema cremada (“Burnt cream”) is a refreshing citrus-infused cream, with a hint of cinnamon and a crunchy layer of caramelized sugar. It is made following a recipe that is pretty similar to the French crème brûlée. Crema Catalana is traditionally served on Saint Joseph’s Day (March the 19th – Father´s day) although nowadays it is consumed at all times of the year.

This dessert has its origin in the XVIII Century when a Bishop visited a Nouns Convent in Catalonia. They prepared a flan for dessert, but the result was a kind of liquid cream, and while trying to fix it, they added a layer of burned sugar just before serving it. As it was hot, the bishop took a bite and shouted: Crema! (it burns! in the Catalan language), then the name to the dish.

A delicious Crema Catalana can be prepared at home quite easily, and here is our recipe: 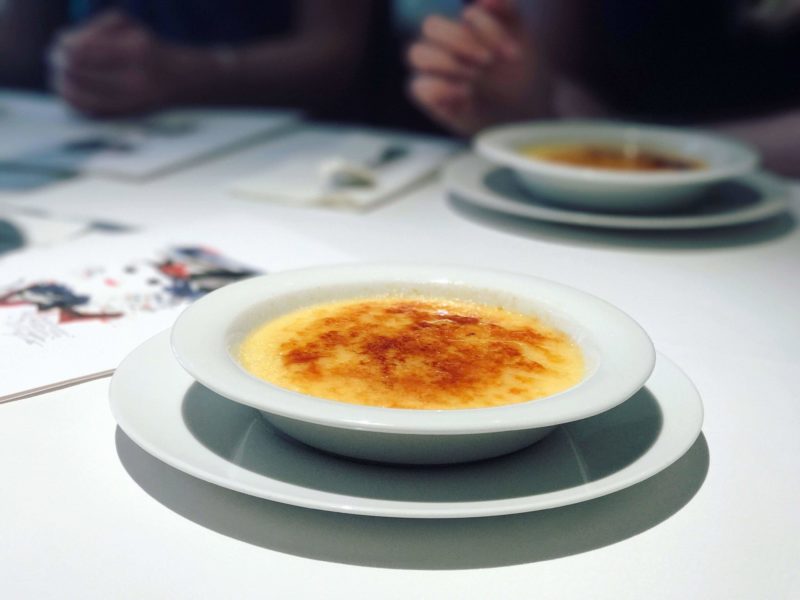 Picture: Crema Catalana served during our Food Tour in Barcelona.

Note: The sugar in crema catalana is traditionally caramelized under an iron broiler or with a specially made iron, not with a flame, but for practical purposes at home you might just use a blowtorch.

We hope this local Catalan dessert brought you a nice idea to pamper your loved ones at home. In case you come to Barcelona, why not joining one of our culinary experiences. We taste the best version of this dessert, which has been rated as one of the top dishes tasted by travelers. As well, you’ll certainly get a couple of tips on how to make it the right way by genuine Barcelona food artisans. Join us to discover this tasty bite and much more in Barcelona!